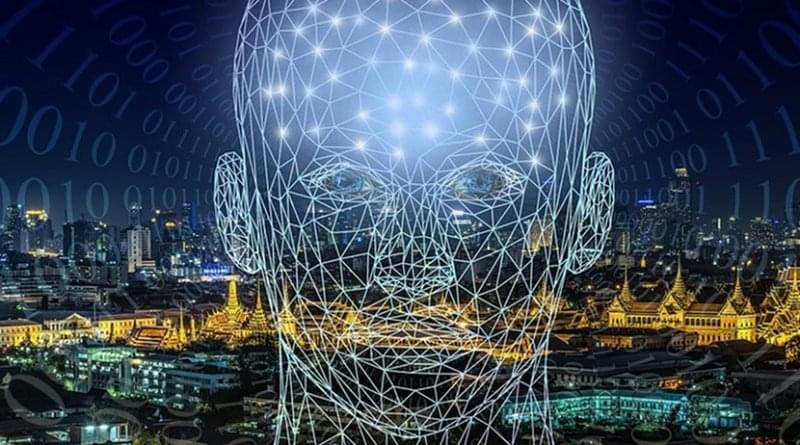 The strategy outlines how AI can be applied to defence and security in a protected and ethical way. As such, it sets standards of responsible use of AI technologies, in accordance with international law and NATO’s values. It also addresses the threats posed by the use of AI by adversaries and how to establish trusted cooperation with the innovation community on AI.

Artificial Intelligence is one of the seven technological areas which NATO Allies have prioritized for their relevance to defence and security. These include quantum-enabled technologies, data and computing, autonomy, biotechnology and human enhancements, hypersonic technologies, and space. Of all these dual-use technologies, Artificial Intelligence is known to be the most pervasive, especially when combined with others like big data, autonomy, or biotechnology. To address this complex challenge, NATO Defence Ministers also approved NATO’s first policy on data exploitation.

Individual strategies will be developed for all priority areas, following the same ethical approach as that adopted for Artificial Intelligence.

END_OF_DOCUMENT_TOKEN_TO_BE_REPLACED

Circa 2016 Basically means we can see contaminated water easier.

Detection and quantification of contaminants or pollutants in surface waters is of great importance to ensure safety of drinking water and for the aquatic environment1,2,3,4,5,6. Metaldehyde (CH3CHO)4 is a cyclic tetramer of acetaldehyde and is used extensively around the world as a molluscicide in agriculture for the control of slugs to protect crops. Large amounts of metaldehyde residues (from ‘slug pellets’) become mobilized, especially during periods of rainfall, seeping into reservoirs, rivers and groundwater, from which drinking water is sourced. Although metaldehyde has low toxicity, cases of metaldehyde poisoning and death in both humans and animals have been reported6,7,8. The United States Environmental Protection Agency (EPA) re-registered metaldehyde as a ‘restricted use pesticide’ and required risk-reduction measures to be adopted due to the potential short-term and long-term effects on wildelife9,10. The World Health Organization (WHO) classifies metaldehyde as a “moderately hazardous” pesticide (class II)11. In Europe, the European Commission has adopted a directive that restricts pesticides levels to 0.1 μg/L in drinking water12,13. Water companies and environmental agencies are under increasing pressure to routinely monitor levels of metaldehyde residues in water courses as part of their legal obligation14. As such there is an increasing need to develop effective analytical methods for detecting and quantifying metaldehyde in water samples at the source. In particular in-situ monitoring is required to ensure water management practices are based on empirical, up-to-date information which provides a better understanding of competing factors, risk and requirement.

Rapid analytical methods for in-situ analysis of metaldehyde in water, if available, would provide critical information on water quality for water companies and regulation bodies to manage exposures. Quantitative analysis of metaldehyde has been reported using various ex-situ methods based on solid-phase extraction8,15 followed by gas chromatography (GC) or high performance liquid chromatography (HPLC) with mass spectrometry (MS)7,14,15,16,17,18. However, each of these analytical methods involves extensive sample preparation including extraction, separation, and derivatization, resulting in increased cost and time of analysis. As will be demonstrated in this study, ambient ionization (AI) combined with tandem mass spectrometry (MS/MS) can overcome such limitations19,20,21,22.

AI is a form of ionization that is performed on unmodified samples in open air and the method is capable of providing almost instantaneous data while minimizing sample preparation22,23,24,25,26,27,28,29. Some of the most popular AI techniques include desorption electrospray ionization (DESI)30, extractive electrospray ionization (EESI)31,32,33,34,35,36, desorption atmospheric pressure chemical ionization (DAPCI)37,38,39, and direct analysis in real time (DART)40,41. AI-MS shows promise as an analytical tool for in-situ applications and has been demonstrated in a variety of fields where timely intervention is highly desirable such as: homeland security23, food safety42, pharmaceutical drug development43, and environmental monitoring44. There are several advantages to using in-situ AI methods capable of onsite analysis.

END_OF_DOCUMENT_TOKEN_TO_BE_REPLACED 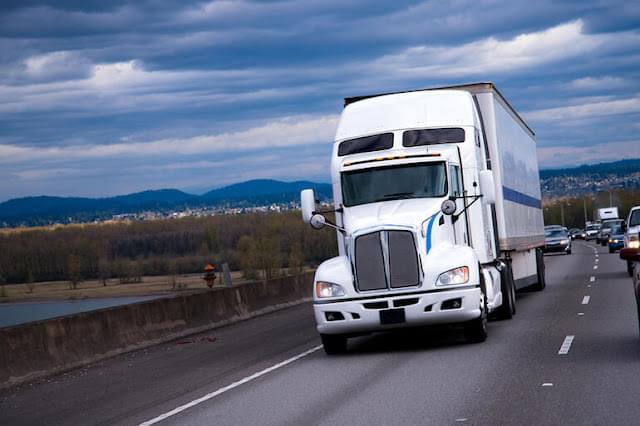 Emphasis on truck driving safety is well placed, considering other challenges that the trucking industry is facing.

Ranking first is a chronic shortage of truck drivers nationwide that could force fleet operators to hire less-experienced drivers who require operator and safety training. Driver compensation and truck parking ranked second and third, but immediately behind them in fourth and fifth position were driver truck fleet safety and insurance availability, which depends on safe driving records.

END_OF_DOCUMENT_TOKEN_TO_BE_REPLACED 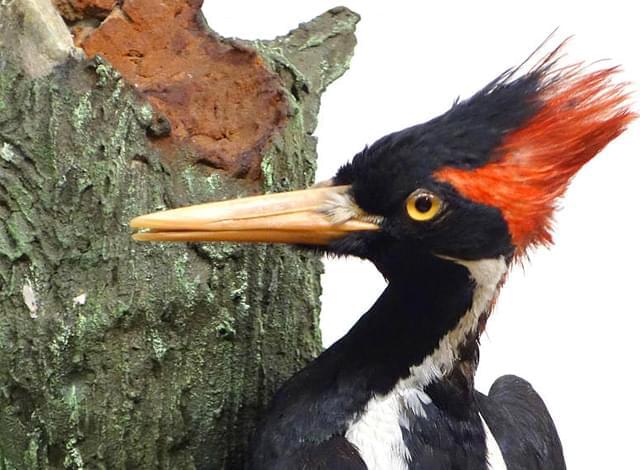 “To slow the ongoing loss of animal and plant life in the United States, President Biden signed an executive order in January 2,021 stating his administration’s goal to conserve 30% of U.S. lands and water by 2030. This bold, science-based initiative – America the Beautiful – is the first ever nationwide conservation effort to address both climate change and biodiversity loss.” https://www.futuretimeline.net/images/robot-future-timeline.jpg

The U.S. Fish and Wildlife Service (USFWS) has declared 23 species extinct, due to a combination of development, invasive species, logging and pollution.

The agency is recommending that the species be removed from the Endangered Species Act (ESA), the primary law in the United States for protecting and recovering imperilled organisms and the ecosystems they depend on. For the animals proposed for delisting, the protections of the ESA came too late.

These extinctions highlight the importance of the ESA and efforts to conserve species before declines become irreversible. The circumstances of each also underscore how human activity can drive population decline and ultimately extinction, by contributing to habitat loss, overuse and the introduction of invasive species and diseases. The growing impacts of climate change are anticipated to further exacerbate these threats and their interactions.

END_OF_DOCUMENT_TOKEN_TO_BE_REPLACED 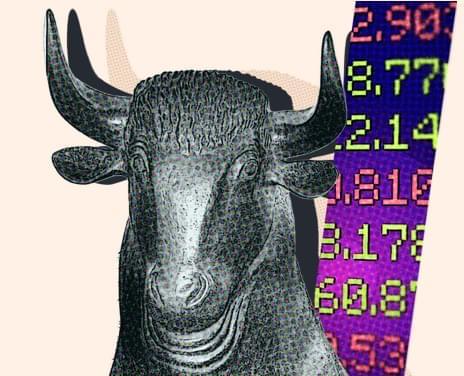 DeversiFi’s faulty bill shows crypto, where “code is law”, is equally vulnerable to costly slip-ups that have no formal resolution mechanism.

“Right now, most of the users of DeFi are true believers in the technology and its potential, and so confidence may persist regardless of these events,” said Hilary Allen, professor of law at the American University Washington College of Law.

“But if DeFi is more broadly adopted by people less committed to the technology, confidence will become more vulnerable — and the potential for panics that can come with damaged confidence should give us pause,” she added.

END_OF_DOCUMENT_TOKEN_TO_BE_REPLACED 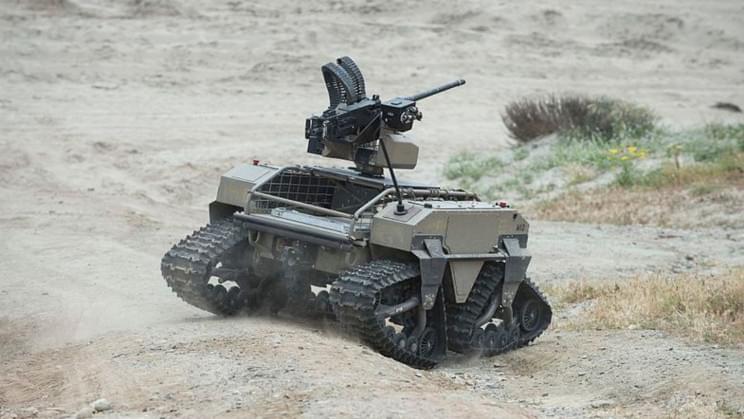 Without a new legal framework, they could destabilize societal norms.

Autonomous weapon systems – commonly known as killer robots – may have killed human beings for the first time ever last year, according to a recent United Nations Security Council report on the Libyan civil war. History could well identify this as the starting point of the next major arms race, one that has the potential to be humanity’s final one.

Autonomous weapon systems are robots with lethal weapons that can operate independently, selecting and attacking targets without a human weighing in on those decisions. Militaries around the world are investing heavily in autonomous weapons research and development. The U.S. alone budgeted US$18 billion for autonomous weapons between 2016 and 2020.

Meanwhile, human rights and humanitarian organizations are racing to establish regulations and prohibitions on such weapons development. Without such checks, foreign policy experts warn that disruptive autonomous weapons technologies will dangerously destabilize current nuclear strategies, both because they could radically change perceptions of strategic dominance, increasing the risk of preemptive attacks, and because they could become combined with chemical, biological, radiological and nuclear weapons themselves.

END_OF_DOCUMENT_TOKEN_TO_BE_REPLACED 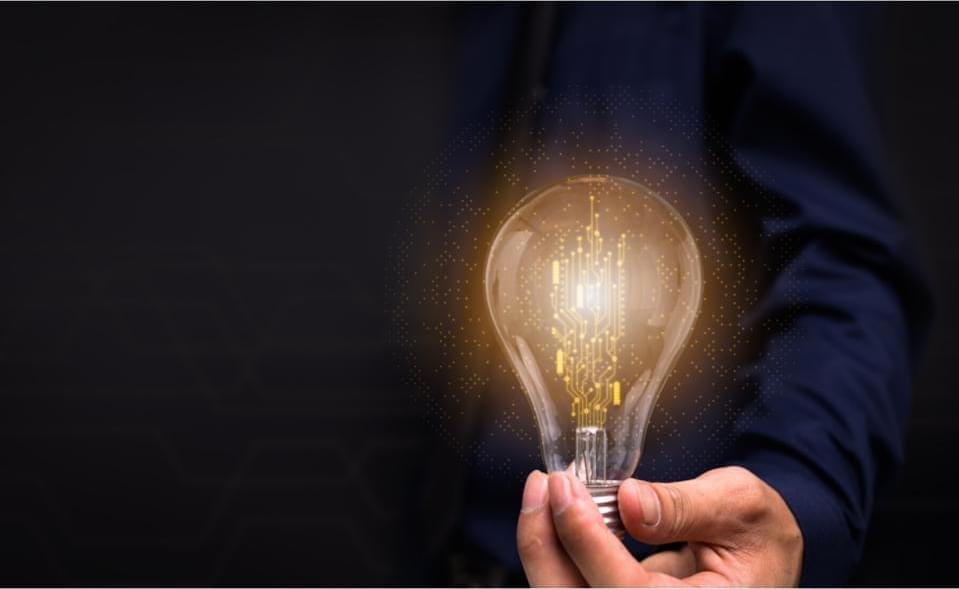 The last few months have seen a spate of patent applications filed in different countries listing AI as an inventor. This has led, at last count, to the legal apparatus of four countries to weigh in on the question — with two (the United States and the UK) weighing in against the idea and two (Australia and South Africa) permitting AI as an inventor.

If you read some of the findings, they show that the judges have, appropriately in my opinion, based their decisions on their interpretations of the law as written. This makes sense. However — this question is likely the first of many around the area of AI and new creations. In this article, we highlight some of the tech fundamentals that apply here and raise additional questions that will come shortly thereafter — and why businesses will need answers.

END_OF_DOCUMENT_TOKEN_TO_BE_REPLACED 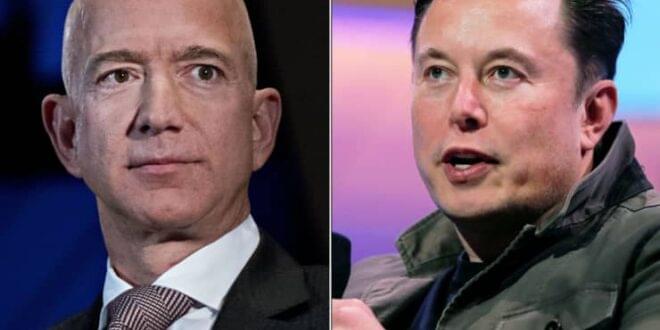 I agree with Elon.

Elon Musk repeated prior criticisms of fellow billionaire space mogul Jeff Bezos, as their respective companies continue to battle in federal court and in front of regulators.

“I think I’ve expressed my thoughts on that front — I think he should put more of his energy into getting to orbit, [rather] than lawsuits,” Musk said Tuesday at the CodeCon 2021 conference in Beverly Hills, California. “You cannot sue your way to the moon, no matter how good your lawyers are,” Musk added. Bezos’ Blue Origin is suing SpaceX, by way of NASA, in the U.S. Federal Court of Claims over a $2.9 billion astronaut lunar lander contract the agency awarded Musk’s company earlier this year.

Blue Origin went on a public relations offensive in August after the Government Accountability Office shot down the company’s protest, with Bezos’ venture calling SpaceX’s Starship rocket an “immensely complex & high risk” way to deliver NASA astronauts to the moon. In April, NASA chose SpaceX and its Starship concept to provide the vehicle that’ll carry Artemis astronauts to the surface of the moon as soon as 2024.

END_OF_DOCUMENT_TOKEN_TO_BE_REPLACED 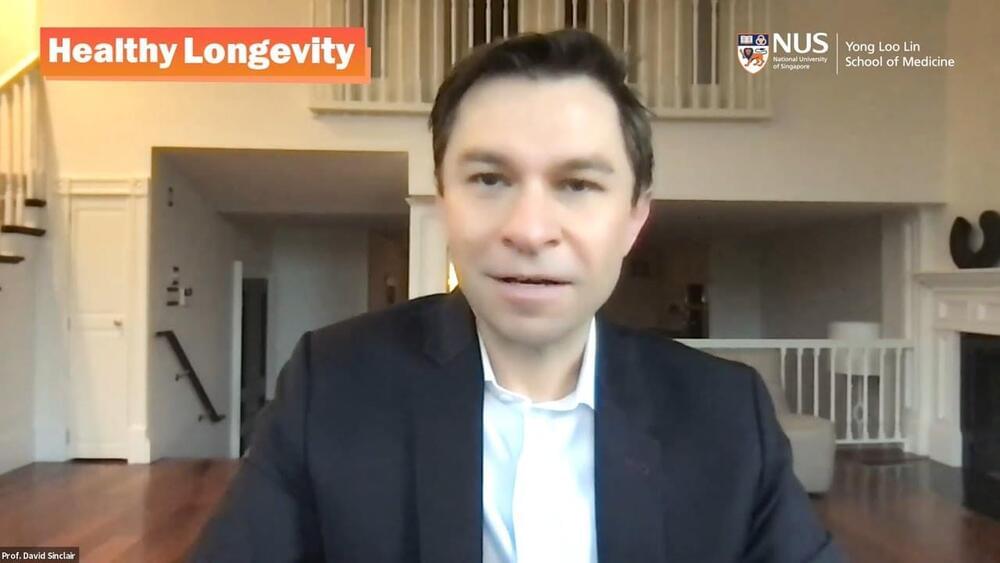 In case this hasn’t been posted here yet.

Ageing is inevitable, but what if everything we’ve come to believe about ageing is wrong and we’re able to choose our lifespans? What if ageing is a disease?

In this week’s #HealthyLongevity #webinar, Prof David Sinclair from Harvard Medical School shares a bold new theory for why we age. Prof Sinclair is also the author of “Lifespan, Why We Age – and Why We Don’t Have To” (https://lifespanbook.com/).

Disclaimer: The opinions and advice expressed in this webinar are those of the speakers and do not represent the views and opinions of the organizers and National University of Singapore or any of its subsidiaries or affiliates. The information provided in this webinar is for general information purposes only as part of a general discussion on public health. The information is not intended to be a substitute for professional medical advice, diagnoses or treatment; and cannot be relied on in place of consultation with your licensed healthcare provider.

All Rights Reserved.
All of the proceedings of this webinar, including the presentation of scientific papers, are intended for limited publication only, and all property rights in the material presented, including common-law copyright, are expressly reserved to the speaker or NUS. No statement or presentation made is to be regarded as dedicated to the public domain. Any sound reproduction, transcript or other use of the material presented at this course without the permission of the speaker or NUS is prohibited to the full extent of common-law copyright in such material.

END_OF_DOCUMENT_TOKEN_TO_BE_REPLACED 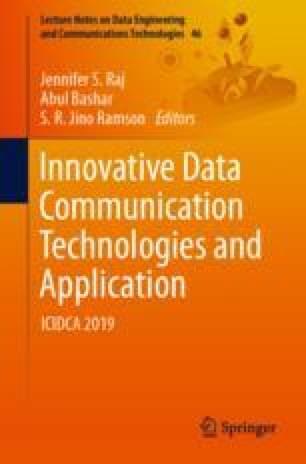 Crime causes significant damage to the society and property. Different kinds of physical or direct methods are devised by the law and order department to spot out the criminals involved in the crime. This techniques will explore the evidences at crime site. For instance if it finds a fingerprint then the system will capture and send it to forensic department for fingerprint matching, which can be later used for identifying the suspects or criminals by investigations etc. Yet, it is a huge challenge for them to find the criminal due to less or no evidence and incorrect information, which can change the direction of investigation to the end. This paper proposes a data analysis approach to help the police department by giving them first-hand information about the suspects. It automates the manual process for finding criminal and future crime spot by using various techniques such as pattern matching, biometric and crime analytics. Based on the availability of information, the system is able to produce the expected accuracy.