Economist Carlota Perez talk about the future of ICT. 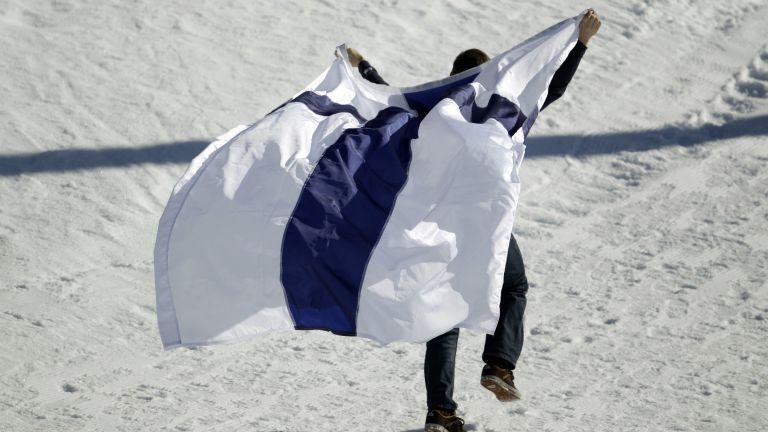 “The Finnish government is currently drawing up plans to introduce a national basic income. A final proposal won’t be presented until November 2016, but if all goes to schedule, Finland will scrap all existing benefits and instead hand out 800 euros per month—to everyone.” 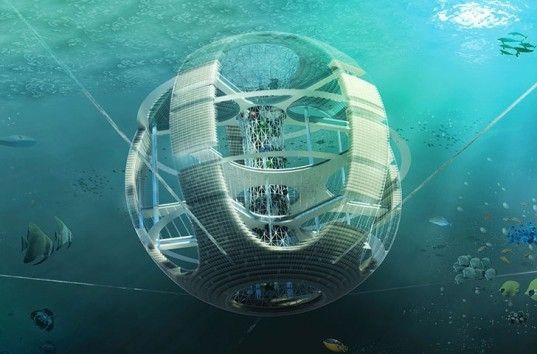 I love seasteading art. This one concerns garbage clean up but it’s not hard to see it could be lived in. A Bernal Sphere underwater despite this design having the top above surface. If the whole thing can be done underwater then perhaps one day colonizing Europa could become a reality. 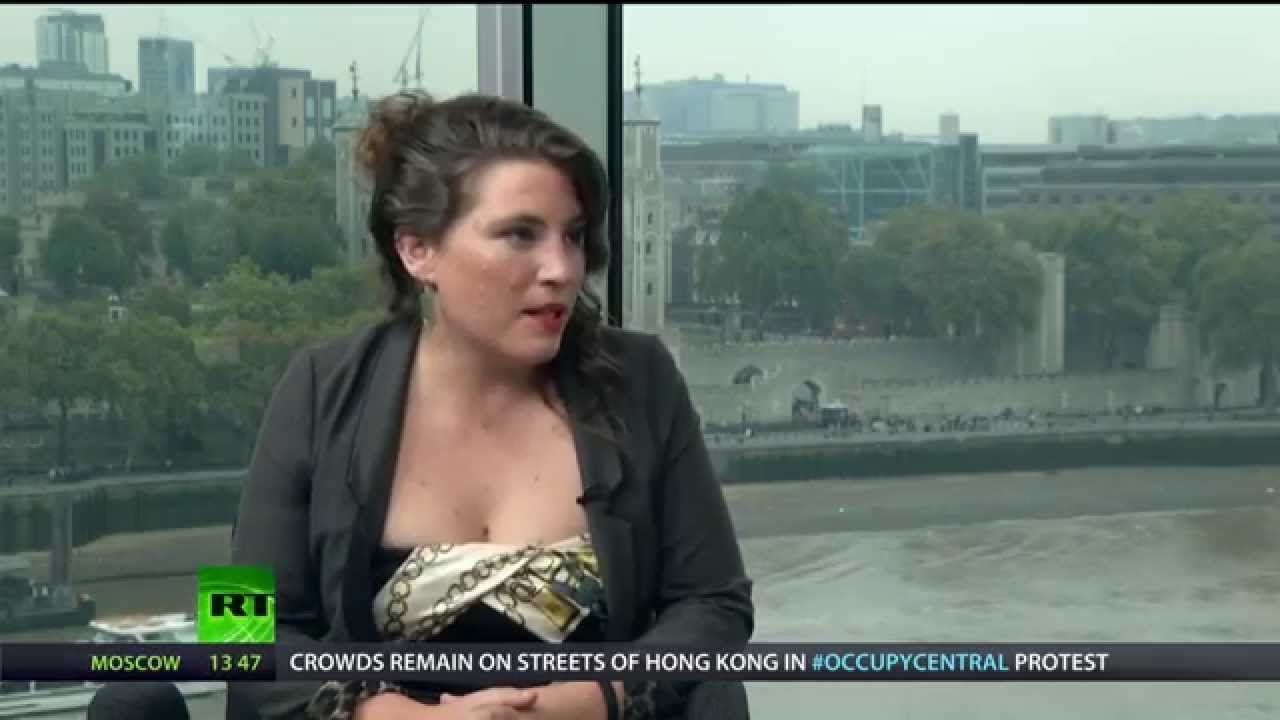 Bitnation provides the same services traditional governments provides, from dispute resolution and insurance to security and much more.

In this edition of The Keiser Report, Max Keiser interviews Susanne Tarkowski Tempelhof about BITNATION.

This piece is dedicated to Stefan Stern, who picked up on – and ran with – a remark I made at this year’s Brain Bar Budapest, concerning the need for a ‘value-added’ account of being ‘human’ in a world in which there are many drivers towards replacing human labour with ever smarter technologies.

In what follows, I assume that ‘human’ can no longer be taken for granted as something that adds value to being-in-the-world. The value needs to be earned, it can’t be just inherited. For example, according to animal rights activists, ‘value-added’ claims to brand ‘humanity’ amount to an unjustified privileging of the human life-form, whereas artificial intelligence enthusiasts argue that computers will soon exceed humans at the (‘rational’) tasks that we have historically invoked to create distance from animals. I shall be more concerned with the latter threat, as it comes from a more recognizable form of ‘economistic’ logic.

Economics makes an interesting but subtle distinction between ‘price’ and ‘cost’. Price is what you pay upfront through mutual agreement to the person selling you something. In contrast, cost consists in the resources that you forfeit by virtue of possessing the thing. Of course, the cost of something includes its price, but typically much more – and much of it experienced only once you’ve come into possession. Thus, we say ‘hidden cost’ but not ‘hidden price’. The difference between price and cost is perhaps most vivid when considering large life-defining purchases, such as a house or a car. In these cases, any hidden costs are presumably offset by ‘benefits’, the things that you originally wanted — or at least approve after the fact — that follow from possession.

Now, think about the difference between saying, ‘Humanity comes at a price’ and ‘Humanity comes at a cost’. The first phrase suggests what you need to pay your master to acquire freedom, while the second suggests what you need to suffer as you exercise your freedom. The first position has you standing outside the category of ‘human’ but wishing to get in – say, as a prospective resident of a gated community. The second position already identifies you as ‘human’ but perhaps without having fully realized what you had bargained for. The philosophical movement of Existentialism was launched in the mid-20th century by playing with the irony implied in the idea of ‘human emancipation’ – the ease with which the Hell we wish to leave (and hence pay the price) morphs into the Hell we agree to enter (and hence suffer the cost). Thus, our humanity reduces to the leap out of the frying pan of slavery and into the fire of freedom.

In the 21st century, the difference between the price and cost of humanity is being reinvented in a new key, mainly in response to developments – real and anticipated – in artificial intelligence. Today ‘humanity’ is increasingly a boutique item, a ‘value-added’ to products and services which would be otherwise rendered, if not by actual machines then by humans trying to match machine-based performance standards. Here optimists see ‘efficiency gains’ and pessimists ‘alienated labour’. In either case, ‘humanity comes at a price’ refers to the relative scarcity of what in the past would have been called ‘craftsmanship’. As for ‘humanity comes at a cost’, this alludes to the difficulty of continuing to maintain the relevant markers of the ‘human’, given both changes to humans themselves and improvements in the mechanical reproduction of those changes.

Two prospects are in the offing for the value-added of being human: either (1) to be human is to be the original with which no copy can ever be confused, or (2) to be human is to be the fugitive who is always already planning its escape as other beings catch up. In a religious vein, we might speak of these two prospects as constituting an ‘apophatic anthropology’, that is, a sense of the ‘human’ the biggest threat to which is that it might be nailed down. This image was originally invoked in medieval Abrahamic theology to characterize the unbounded nature of divine being: God as the namer who cannot be named.

But in a more secular vein, we can envisage on the horizon two legal regimes, which would allow for the routine demonstration of the ‘value added’ of being human. In the case of (1), the definition of ‘human’ might come to be reduced to intellectual property-style priority disputes, whereby value accrues simply by virtue of showing that one is the originator of something of already proven value. In the case of (2), the ‘human’ might come to define a competitive field in which people routinely try to do something that exceeds the performance standards of non-human entities – and added value attaches to that achievement.

Either – or some combination – of these legal regimes might work to the satisfaction of those fated to live under them. However, what is long gone is any idea that there is an intrinsic ‘value-added’ to being human. Whatever added value there is, it will need to be fought for tooth and nail. 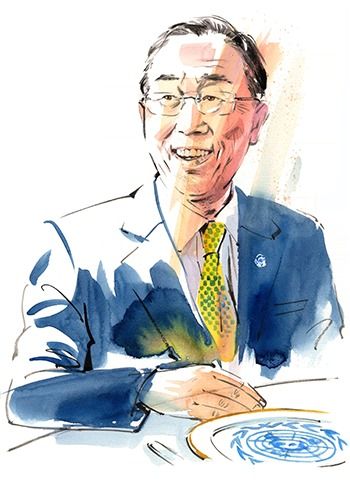 “Ban Ki-moon, 71, has just been on the phone to British prime minister David Cameron, pleading with him, “as an important leader of Europe”, to take more refugees from Syria.” 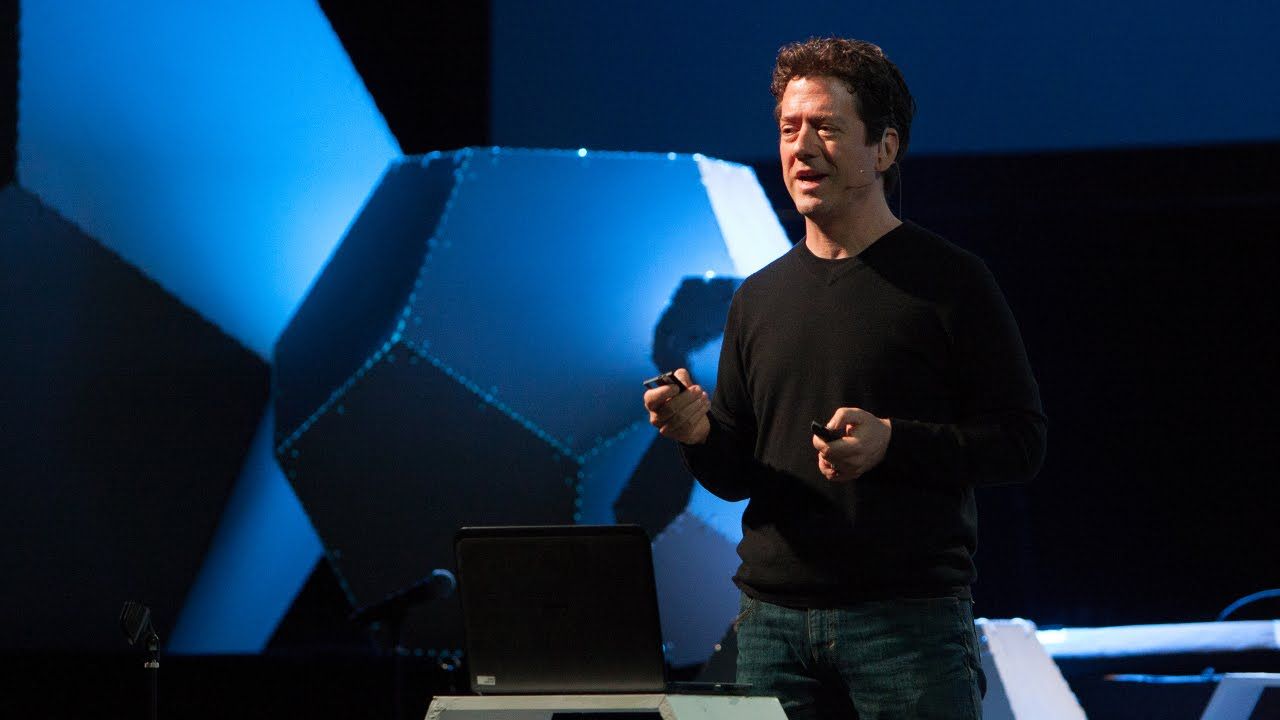 Is seasteading the wave of the future? Joe Quirk of the Seasteading Institute thinks floating cities will allow micro nations to compete for people — providing better life options and innovations. “Aquapreneurs,” says Quirk, can save humanity from disease, environmental harm and maybe even war.

Voice & Exit is a dynamic, transformative festival of the future. Exiters are dedicated to maximizing human flourishing for individuals, communities and our world.

“You never change things by fighting the existing reality,” Buckminster Fuller reminds us. “To change something, build a new model that makes the existing model obsolete.” The Voice & Exit community is for those actively seeking to opt-out of models that don’t give rise to human flourishing to create those models that do.

We don’t predict the future, we create it.

Watch more talks and join the community at www.voiceandexit.com.

Quoted: “Traditional law is a form of agreement. It is an agreement among people and their leaders as to how people should behave. There are also legal contracts between individuals. These contracts are a form of private law that applies to the participants. Both types of agreement are enforced by a government’s legal system.”

“Ethereum is both a digital currency and a programming language. But it is the combination of these ingredients that make it special. Since most agreements involve the exchange of economic value, or have economic consequences, we can implement whole categories of public and private law using Ethereum. An agreement involving transfer of value can be precisely defined and automatically enforced with the same script.”

“When viewed from the future, today’s current legal system seems downright primitive. We have law libraries — buildings filled with words that nobody reads and whose meaning is unclear, even to courts who enforce them arbitrarily. Our private contracts amount to vague personal promises and a mere hope they might be honored.

For the first time, Ethereum offers an alternative. A new kind of law.” 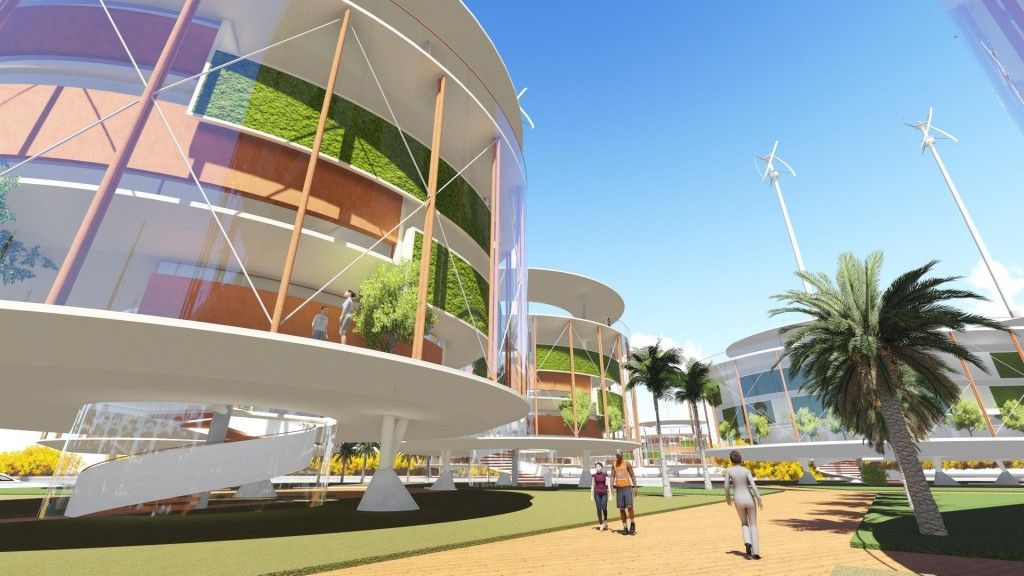 The Floating City Project – Architectural Design Contest held in the Spring of 2015 was organized in partnership with DeltaSync (Netherlands) and judged by an international panel of experts.