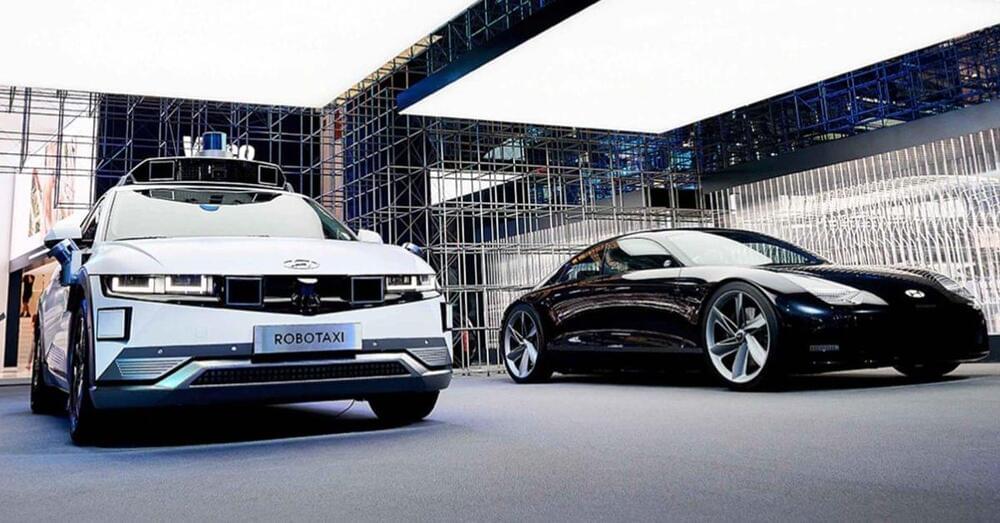 Hyundai announced that it is shutting down its internal combustion engine development team as the automaker focuses on electric cars.

For 40 years the Korean automaker has been developing internal combustion engines to use in its vehicle lineup, but no more.

The Korea Economic Daily reports that Hyundai’s new R&D chief Park Chung-kook confirmed in an email to employees that they are shutting down new engine development:

END_OF_DOCUMENT_TOKEN_TO_BE_REPLACED 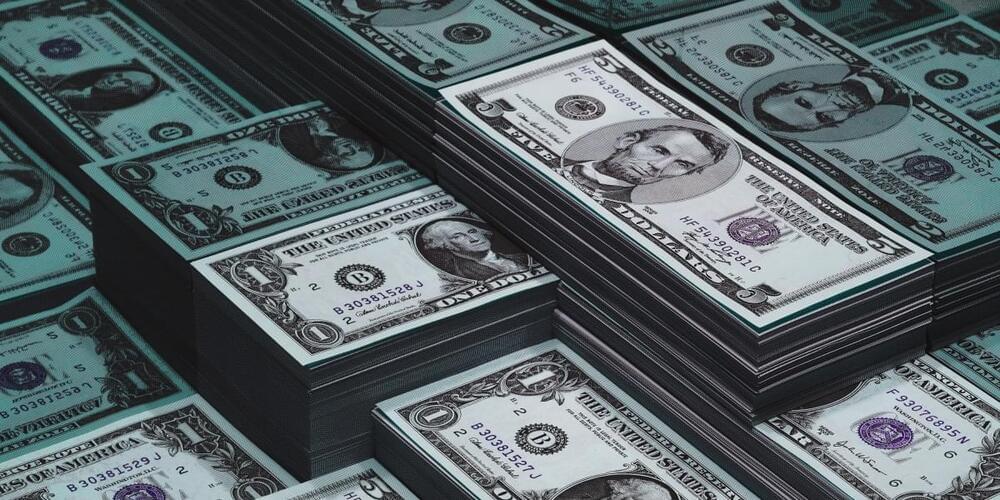 Any discussion on UBI eventually boils down to a question of belief in the nature of humans and the role of government. Most analysis further add wood to the fire by fueling these discussions instead of proposing valid alternatives which addresses these differences. It usually boils down to the classic question of handouts, who should pay for it, and why should we pay for it. Yet the answer lies right before our very eyes. The most valuable commodity today is data not oil or gold. Data wealth is a direct outcome of data diversity, data representation and data scale (i wrote a post on that recently which expands on that, if you’re interested). So, Instead of giving away our data for free to trickle-down techno believers (who may or may not give some of it back), pay me for it. I’ll fund my own income, thank you very much. Every human is unique. Therefore we are all data billionaires. This comment is a charitable contribution to the new data economy by the Marc O Principle; Things are not always as complex as they seem.

END_OF_DOCUMENT_TOKEN_TO_BE_REPLACED 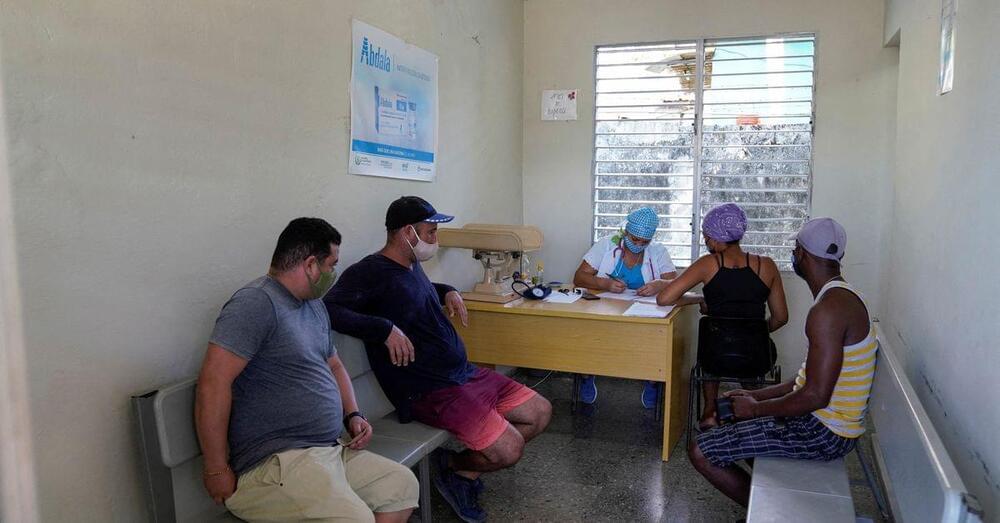 How is Cuba’s one dose vaccine working 🤔

HAVANA, Dec 20 (Reuters) — Cuba has vaccinated more of its citizens against COVID-19 than most of the world’s largest and richest nations, a milestone that will make the poor, communist-run country a test case as the highly contagious Omicron variant begins to circle the globe.

The Caribbean island has vaccinated over 90% of its population with at least one dose, and 83% of the population is now fully inoculated, placing it second globally behind only the United Arab Emirates among countries of at least 1 million people, according to official statistics compiled by ‘Our World in Data.’

What is Cuba’s secret? While many of its neighbors in Latin America, as well as emerging economies globally, have competed for vaccines produced by wealthier nations, health officials say Cuba vaulted ahead by developing its own.

END_OF_DOCUMENT_TOKEN_TO_BE_REPLACED 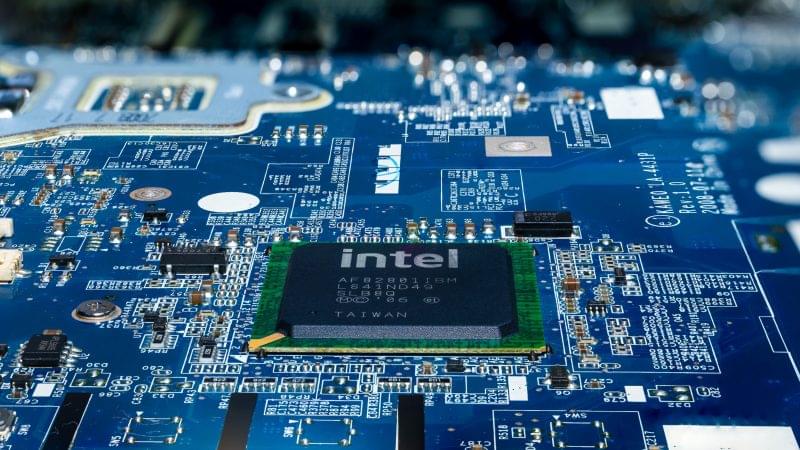 Europe will soon produce a strategically vital component in the modern global economy as US semiconductor giant Intel chooses the site for a new cutting-edge chip factory.

Recent problems in global supply chains have highlighted the fundamental importance of semiconductors, which are used in a growing number of products including cars, TVs and smartphones.

Keen demand and the closure of semiconductor plants, particularly in Asia, due to pandemic disruptions led to a global chip shortage and forced car manufacturers such as Ford, Nissan and Volkswagen to scale back production.

END_OF_DOCUMENT_TOKEN_TO_BE_REPLACED 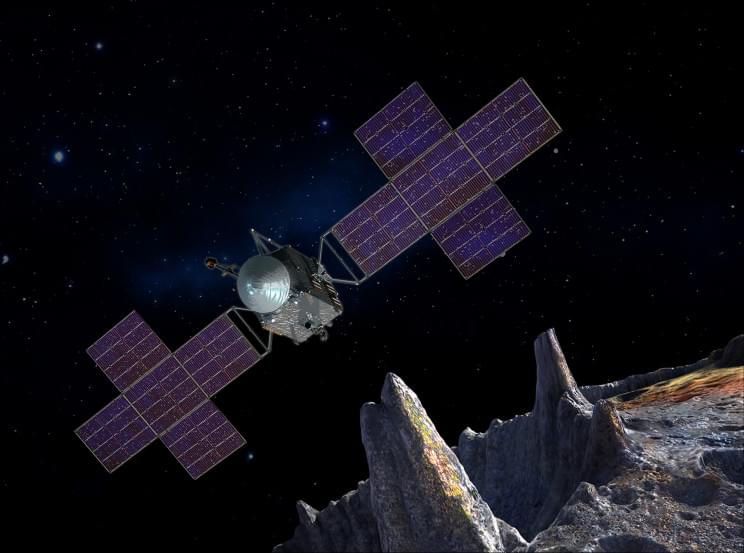 And kick off a new cosmic economy.

NASA’s probe knows where it’s going, but it has no idea what it’s going to find.

That’s the crux of the challenge for Psyche, a spacecraft slated to blast off in 2022. Its target? An asteroid of the same name. Called “16 Psyche,” it’s one of the 1.1 million to 1.9 million large asteroids we know are in the asteroid belt between Mars and Jupiter. But information about 16 Psyche is scant. Scientists know it’s shaped like a potato, and the light that reflects off its surface suggests the asteroid is “unusually rich in metal,” according to a recent press release from NASA’s Jet Propulsion Laboratory.

That makes it an attractive scientific target because it could be a relic of our solar system’s earliest days. The uncertainty is a huge challenge for the mission. Without much information about its density, mass, or spin, the mission team is depending on data from Psyche to plan its encounter with the asteroid.

That data won’t just offer a glimpse into the early Solar System — it could also set the stage for asteroid mining.

END_OF_DOCUMENT_TOKEN_TO_BE_REPLACED 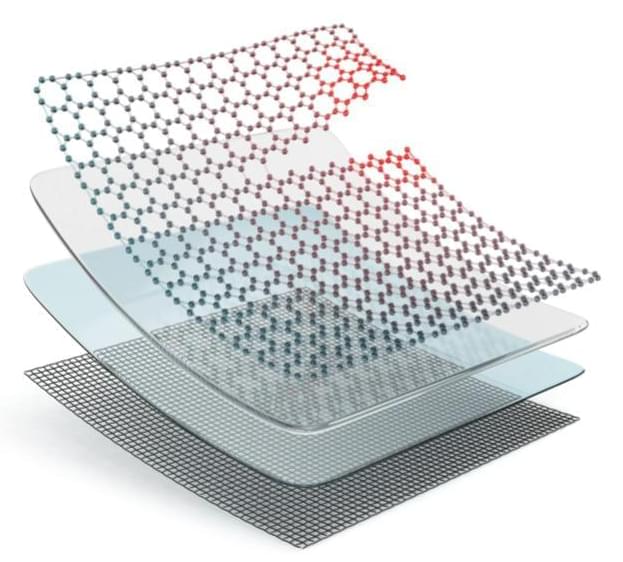 Some engineered living materials can combine the strength of run-of-the-mill building materials with the responsiveness of living systems. Think self-healing concrete, paint that changes color when a specific chemical is detected or material that could reproduce and fill in a crack when one forms. This would revolutionize construction and maintenance, with wide-reaching economic and environmental implications.

Seeing this new category of adaptive materials on consumer shelves may be a ways off. Still, critical early research from the University of Minnesota sheds new light on this exciting advancement, which shows promise beyond building materials, including biomedical applications.

In a new study in Nature Communications, researchers from the College of Biological Sciences demonstrate how to transform silica — a common material used in plaster and other construction materials — into a self-assembling, dynamic and resilient material.

END_OF_DOCUMENT_TOKEN_TO_BE_REPLACED 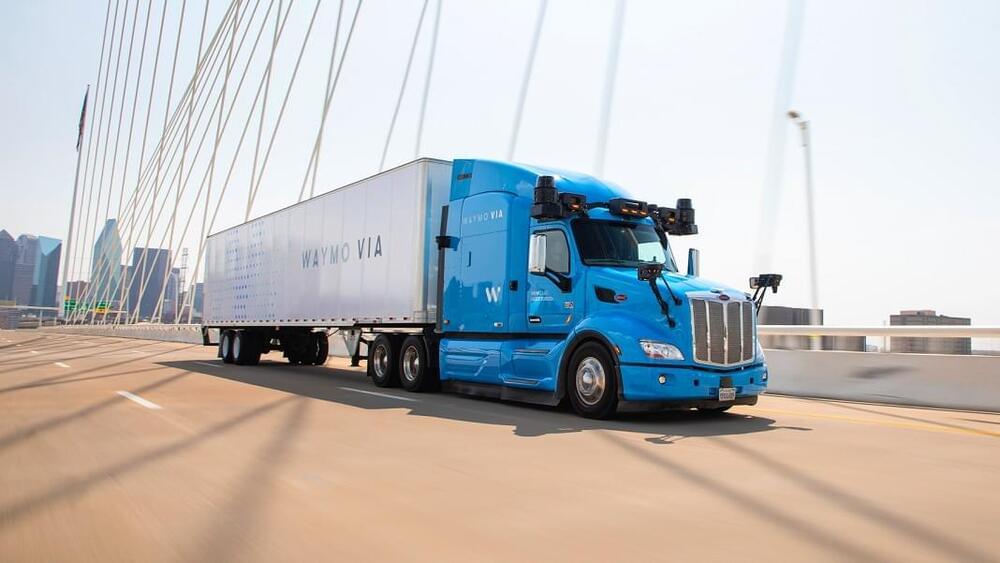 Between a supply chain full of holes, labor shortages across various sectors of the economy, and rising inflation, it’s shaping up to be a somewhat chaotic holiday season. Technology can’t fix all of these problems—or even most of them—but it can help get holiday shipments from point A to point B faster, cheaper, and without as many humans involved. Waymo’s partnership with UPS could mean some of your holiday gifts will be spending time in an autonomous truck on their way to you.

Waymo (which started out as the Google Self-Driving Car Project in 2009 and is still held by Alphabet, but raised $2.5 billion in its first outside funding round in March of 2020) first announced a partnership with UPS in January 2020, in which Waymo Driver was used to help move packages between UPS stores in Phoenix and the UPS hub in Tempe. Waymo’s Chrysler Pacifica minivans drove autonomously, but trained operators were on board to monitor the vehicles.

Last week the two companies announced an expansion of their existing partnership, saying they’ll start autonomous trial runs using Class 8 trucks equipped with the fifth-generation Waymo Driver. They’ll do deliveries for UPS’s North American Air Freight unit between facilities in Dallas-Fort Worth and Houston. Waymo’s initial route for its driverless cargo shipments also ran between Houston and Fort Worth, which the company said is one of the most highly utilized freight corridors in the country. The route is around 260 miles long, much of that a straight shot on Interstate 45.

END_OF_DOCUMENT_TOKEN_TO_BE_REPLACED 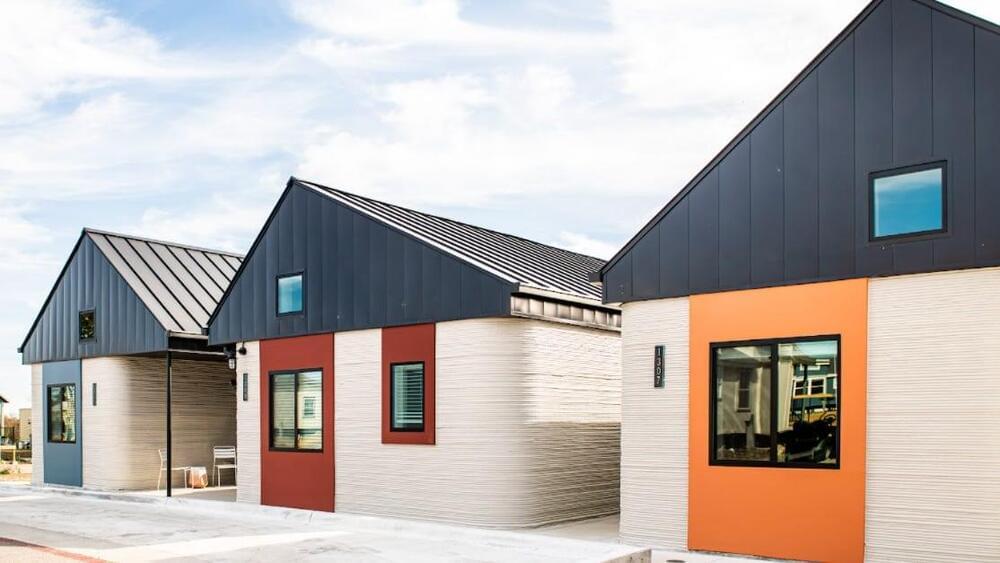 Iowa’s first 3D-printed home could be ready for its new owners by this time next year.

The Iowa Economic Development Authority on Friday approved $1.4 million for the Iowa State University College of Design to purchase a 3D printer capable of producing concrete houses. Its goal is to build a neighborhood of up to 34 3D-printed homes in Hamburg, a southwest Iowa town recovering from a massive flood two years ago.

The agency’s director, Debi Durham, said the college also will develop a curriculum for training contractors on 3D printing and new state building codes in order to allow wide use of the technique in Iowa.

END_OF_DOCUMENT_TOKEN_TO_BE_REPLACED 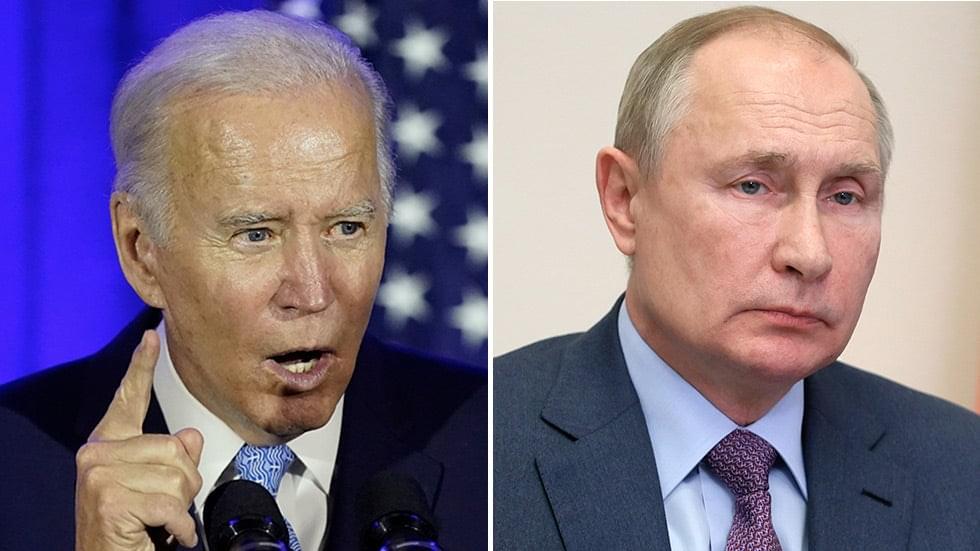 The increase in tensions between the United States and Russia due to Moscow amassing troops on the border with Ukraine is raising concerns Russia may not only put boots on the ground but also turn to hacking operations to put pressure on the U.S. and Ukraine.

Those concerns are underlined by massive hacking efforts by Russia against Ukraine over the past few years and the ransomware attacks linked to Russian hackers against critical U.S. organizations.

“This is a Russian calling card,” Mark Montgomery, senior director of the Center on Cyber and Technology Innovation at the Foundation for Defense of Democracies, told The Hill Wednesday. “I do worry that they will use their cyber and disinformation tools to try to undermine the stability of the Ukrainian economic security and national security.”

END_OF_DOCUMENT_TOKEN_TO_BE_REPLACED 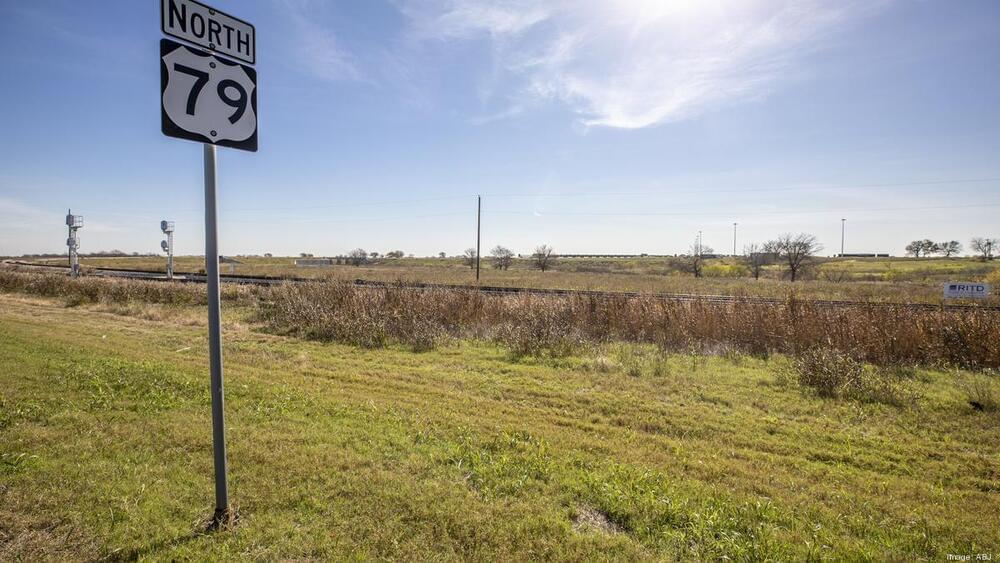 Will this be the most exciting stretch of land in all of Central Texas in the coming years? It has investors and developers salivating.