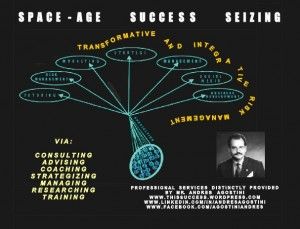 Should We Re-Engineer Ourselves?
http://ieet.org/index.php/IEET/more/pearce20140201

The 5 Innovations That Will Change Everything, According to Elon Musk
http://ultraculture.org/blog/2014/01/31/elon-musk-5-innovations/

The Future of Aerospace Management
http://lnkd.in/bYP2nDC

The Smartest Supermarket You Never Heard Of
http://www.forbes.com/sites/rogerdooley/2014/01/28/h-e-b/

The Most Significant Futurists of the Past 50 Years
http://creativenesswithahmed.blogspot.in/2014/01/the-most-significant-futurists-of-past.html

Max More — The Singularity and Transhumanism

Google is About to Create an Army of Robots
http://interestingengineering.com/google-is-about-to-create-an-army-of-robots/

3-D scanning with your smartphone
http://m.phys.org/news/2014-01-d-scanning-smartphone.html

From Disembodied Bytes To Robots That Think & Act Like Humans
http://footnote1.com/from-disembodied-bytes-to-robots-that-think-act-like-humans/

Human Purpose and Transhuman Potential: A Cosmic Vision for Our Future Evolution
http://transhumanpotential.com/htptwp/

3D Printers Could be Banned by 2016 for Bioprinting Human Organs
http://www.ibtimes.co.uk/3d-printers-could-be-banned-by-2016-bioprinting-human-organs-1434221

Stem cell timeline: The history of a medical sensation
http://www.newscientist.com/article/dn24970-stem-cell-timeline-the-history-of-a-medical-sensation.html

A Change in the Legal Climate
http://mag.newsweek.com/2014/01/31/change-legal-climate.html

This Is What a Computer Sees When It Watches The Matrix
http://www.wired.com/design/2014/01/computer-sees-watches-matrix/?cid=17873404

The journey to predict the future: Kira Radinsky at TEDxHiriya

Getting Ready for Asteroids
http://www.enewspf.com/latest-news/science/space/49789-getting-ready-for-asteroids.html

The Disruptive Nature of the Sharing Economy: Finding the Next Great Opportunities
http://www.futuristspeaker.com/2014/02/the-disruptive-nature-of-the-sharing-economy-finding-the-next-great-opportunities/

QUOTATION: “…Digital code is what drives rapid speed growth today. It allows mergers like AOL Time Warner … It drives the Internet, TV, music, finance, IT, news coverage, research, manufacturing. A few countries and companies understood the change. That is how poor countries like Finland, Singapore, and Taiwan got so wealthy … So quickly … But a lot of folks just did not learn to read and write a new language … And even though they produced more and more goods, particularly commodities … And even though they restructured companies and governments … Cut budgets, raised taxes, built large factories and buildings … They got a lot poorer. (In 1938 the richest country per person in Asia was … the Philippines. In 1954, according to the World Bank, the most promising Asian economy was … Burma. Both remain commodity economies … Both are sidelined from the digital revolution … And you probably would not like to live in either country). Your world changed when you went ‘On Line.’ One day you used a fax or e-mail … And it soon became hard to conceive of living with only snail mail. If you understood this change early … And invested or worked in some of the companies driving the digital revolution … You are probably quite well off … (as a country and/or as an individual). If you came late, as a speculator, without understanding what a digital language does, or does not do … You probably lost a lot of money during the year 2000. Your world … and your language … are about to change again. The two nucleotide base pairs that code all life …A-T, C-G … Have already led some of the world’s largest companies … Monsanto … DuPont … Novartis … IBM … Hoechst … Compaq … GlaxoSmithKline … To declare that their future lies in life science. They have abandoned, sold, spun off core business divisions … And launched themselves into selling completely new products … Which is why so many chemical, seed, cosmetic, food, pharmaceutical companies … Are partnering, Merging, Growing. Some life-science companies will crash spectacularly … Others will get larger than Microsoft and Cisco … (Companies that are already larger than the economies of most of the world’s countries.). The world’s mega-mergers are going to be driven by digital and genetic code. Consider what is about to happen to medicine. You currently spend about nine times as much for doctors and medical interventions … As you do on medicines and prevention. In the measure that we understand how viruses, bacteria, and our bodies are programmed … And how they can be reprogrammed … Treatment will shift from emergency interventions … Toward deliberate and personalized prevention … (Just as dentistry did.). And we may end up spending just as much on pharmaceuticals as we do on doctors. These medicines do not have to be pills or injections … They could be a part of the food you eat every day, your soap or cosmetics … Perhaps you will inhale them or simply put various patches on your skin. (This is why Procter & Gamble is thinking of merging with a pharmaceutical company, why L’Oreal is hiring molecular biologists, and why Campbell’s is selling soups designed for hospital patients with specific diseases.)…”

RECOMMENDED BOOK: Revolutionary Wealth: How it will be created and how it will change our lives by Alvin Toffler and Heidi Toffler
ISBN-13: 978–0385522076

Russia, US to join forces against space threats
http://voiceofrussia.com/news/2014_01_29/Russia-US-to-join-forces-against-space-threats-1145/

The internet population in China hit 618 million in 2013 with 81% connected via mobile internet
http://www.impactlab.net/2014/01/20/the-internet-population-in-china-hit-618-million-in-2013-with-81-connected-via-mobile-internet/

The Bitcoin ATM Has a Dirty Secret: It Needs a Chaperone
http://www.wired.com/wiredenterprise/2014/01/bitcoin_atm/

Can Science Save Modern Art?
http://www.fastcodesign.com/3025595/asides/can-science-save-modern-art

Lemur Studio Design develops mine detector in a shoe
http://www.gizmag.com/lemur-studio-saveonelife/30569/

Architects build the jellyfish house around a floating pool

5 Futuristic Trends That Will Shape Business And Culture Today
http://www.fastcoexist.com/3025012/futurist-forum/5-futuristic-trends-that-will-shape-business-and-culture-today

Stephen Hawking says there is no such thing as black holes, Einstein spinning in his grave
http://www.express.co.uk/news/science-technology/455880/Stephen-Hawking-says-there-is-no-such-thing-as-black-holes-Einstein-spinning-in-his-grave

Google’s Ray Kurzweil predicts how the world will change
http://jimidisu.com/?p=6013

DAILY QUOTE: By Michael Anissimov utters, “…One of the biggest flaws in the common conception of the future is that the future is something that happens to us, not something we create…”

So what is Google getting for its half a billion? A company that’s very good at making computers that think and act as humans do. DeepMind has not yet developed any commercial products. Its main asset appears to be its personnel, including dozens of experts in machine learning, a branch of AI that attempts to teach computers to think like humans. It’s best-known project was a computer system it taught to master Atari video games.

A World Wide Web for robots just got more real as scientists ready to demo a project four years in the making: a cloud-based hive mind for robots to upload and download information and learn new tasks from each other, completely independent of humans.

Comparisons to The Terminator’s Skynet began flooding in all the way back in 2011, when a breakthrough was made after researchers at the University of Technology in Munich, Zaragoza, Stuttgart, and Philips assembled in Eindhoven to form the Robo Earth project.

What if we built a super-smart artificial brain and no one cared? IBM (IBM) is facing that possibility. According to the Wall Street Journal, the company is having a hard time making money off of its Jeopardy-winning supercomputer, Watson. The company has always claimed that Watson was more than a publicity stunt, that it had revolutionary real-world applications in health care, investing, and other realms. IBM Chief Executive Officer Virginia Rometty has promised that Watson will generate $10 billion in annual revenue within 10 years, but according to the Journal, as of last October Watson was far behind projections, only bringing in $100 million. 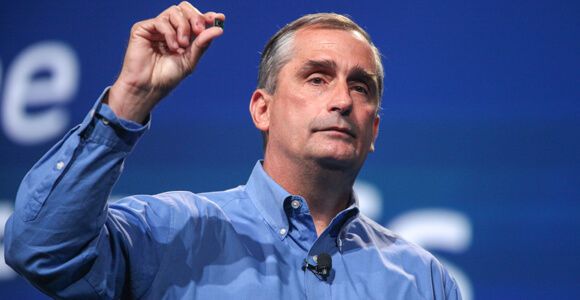 Up to now, wearable computing has been a niche market dominated, but for Google Glass, by startups. Yet, with the tiny size and low cost of sensors and chips, wearable computing could be a huge market in which smart sensors in everything from baby diapers to workout gear connect to users’ smartphones, giving them constant insight into how things formerly hidden are operating.

It may sound like yet another techno-topian promise, and before the 2014 Consumer Electronics Show it might have been. But at the annual Las Vegas tech blowout earlier this month, Intel, one of the weightiest firms in the tech industry, endorsed wearable computing with the launch of a new chip designed for it.

Joel Flickinger’s two-bedroom home in the hills above Oakland, Calif., hums with custom-built computing gear. Just inside the front door, in a room anyone else might use as a den, he’s placed a desk next to a fireplace that supports a massive monitor, with cables snaking right and left toward two computers, each about the size of a case of beer. Flickinger has spent more than $20,000 on these rigs and on a slower model that runs from the basement. They operate continuously, cranking out enough heat to warm the house and racking up $400 a month in electric bills. There isn’t much by way of décor, other than handwritten inspirational Post-it notes:

Flickinger, 37, a software engineer and IT consultant by trade, doesn’t leave the house much these days. He’s a full-time Bitcoin miner.